The first CGI images for one of the largest housing developments currently in the planning system, on Derry’s H2 lands between the Whitehouse Road and Coshquin have been released, showcasing a contemporary, eco-friendly vision for the project. 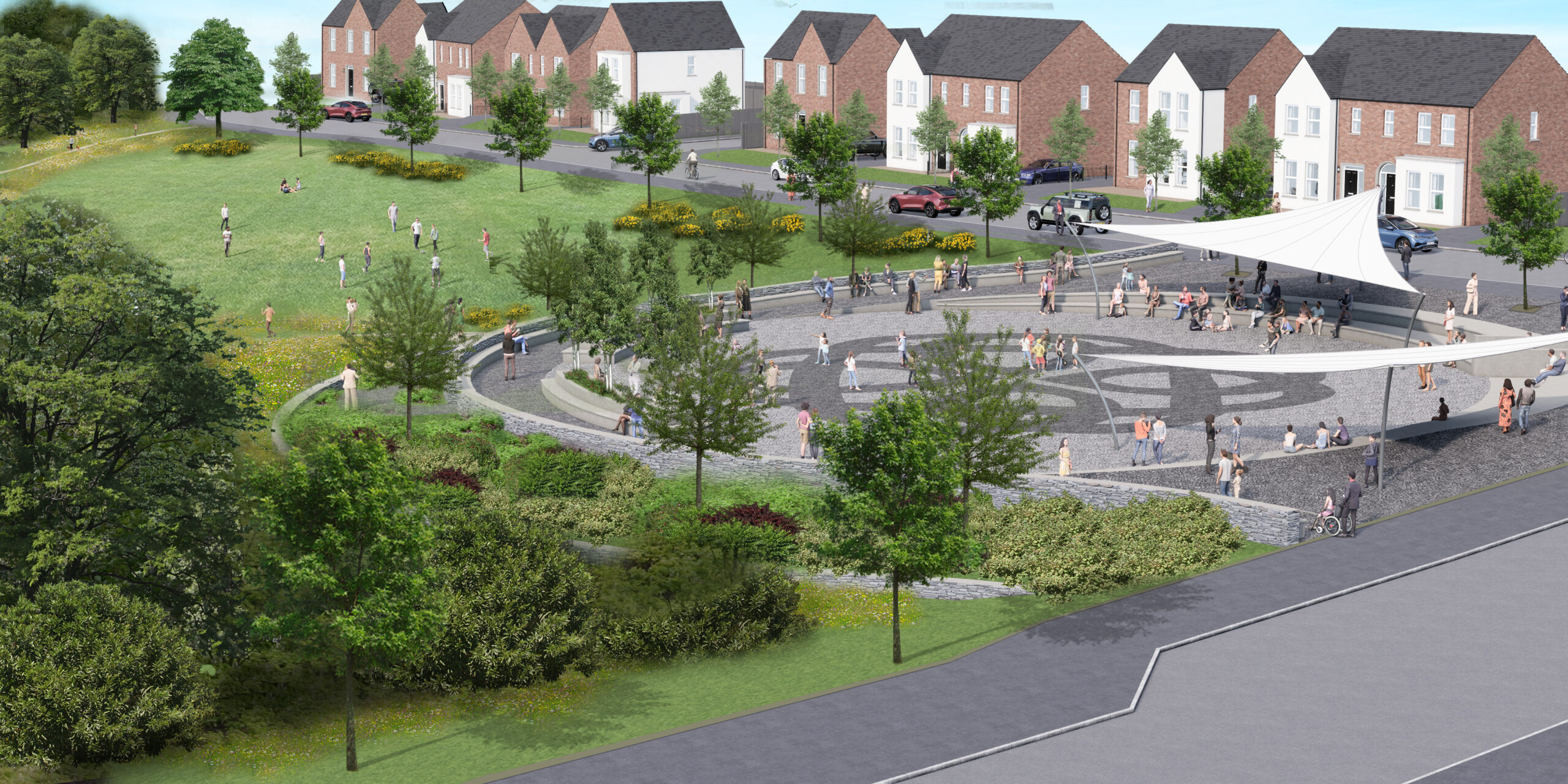 A computer generated image of a large community event space at ‘The Cashel.’

The impressive 3D renderings showcase a selection of the homes, streets and green zones that are set to make up this extraordinary project, from an ambitious high street and communal spaces to intimate bungalows and apartments. School sites, play parks and pedestrian/cycle ways are also integral to the plans of the full site, allowing a range of newly created communities to thrive.

A scheme over twenty years in the making, this new urban village, which will be known as ‘The Cashel’, is expected to deliver new social, affordable, and private homes within a brand-new border village community on the outskirts of Derry city, helping to alleviate the growing need for new housing stock in the city. 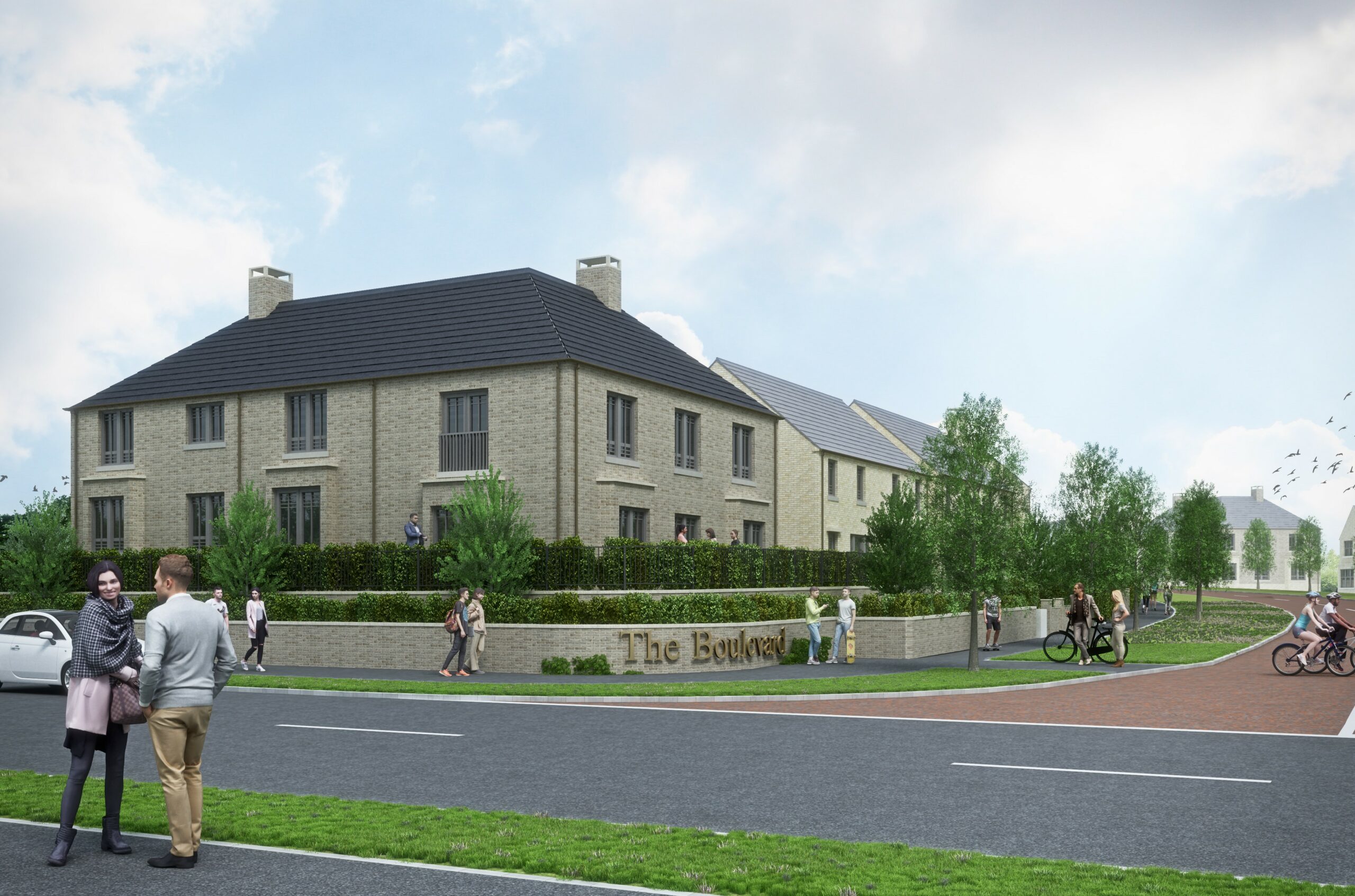 A computer generated image of The Boulevard area of ‘The Cashel.’

The circa £450m project is the brainchild of house builder, The Braidwater Group, in collaboration with Apex Housing Association. The Cashel is expected to provide a significant economic boost for the region, with approximately 300 construction jobs earmarked for Phase one alone, and both organisations are excited to share a taster of what is to come for the currently vacant lands.

Barry Kerr, Director of Development at Apex Housing Association said: “The Cashel represents one of the most significant investments in the northwest in recent years. This initial phase will create 700 homes with an emphasis on remaining carbon conscious and building for the future, and with the new Northwest Greenway passing alongside the development we are looking forward to continuing on the journey towards decarbonisation.” 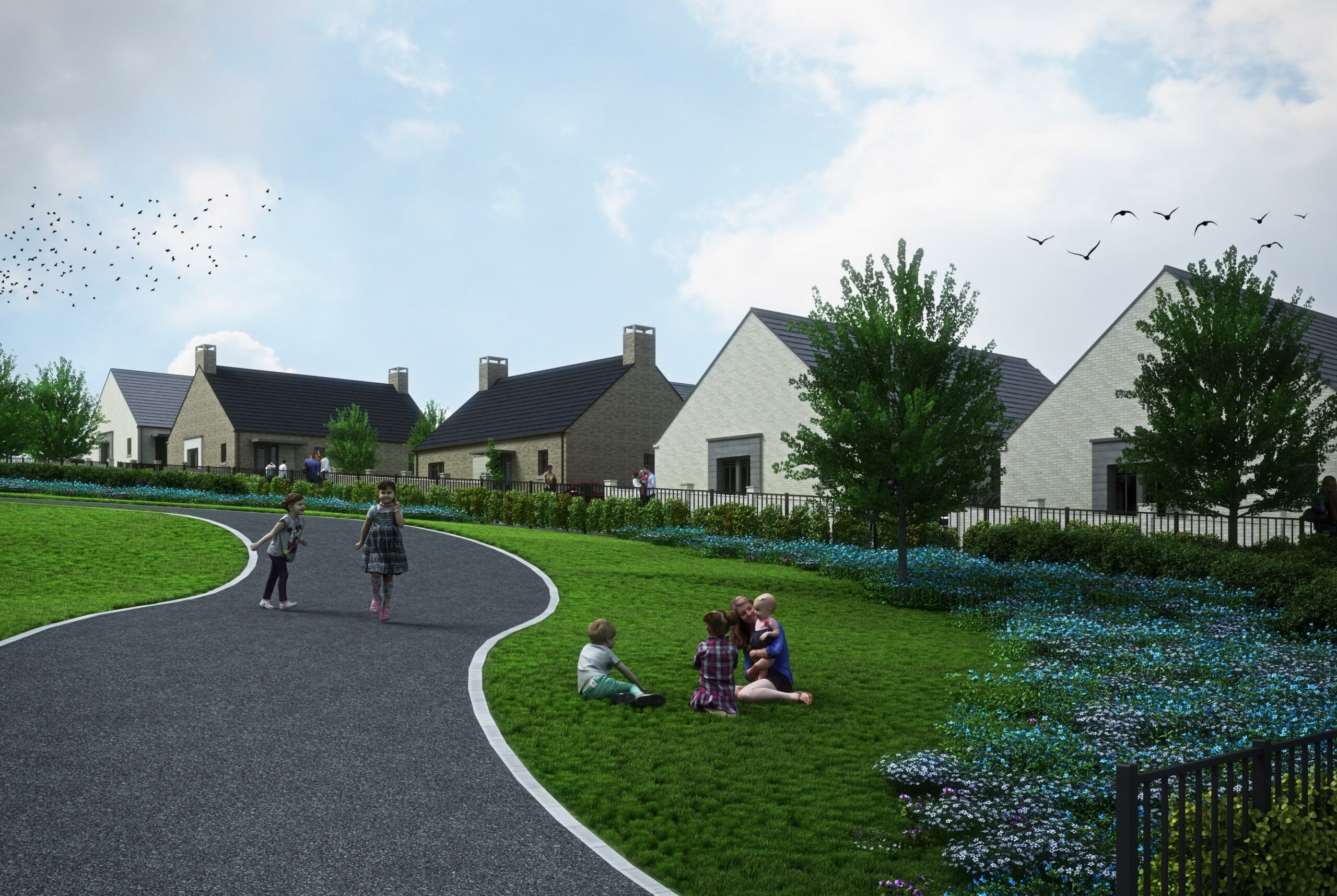 A computer generated image of bungalows and open space in ‘The Cashel.’

Finbarr Grogan, Planning and Technical Director with The Braidwater Group, agrees that the project will emphasise the delivery of significant economic and environmental benefits while committing to a low-carbon output throughout its construction. He explained: “The large-scale, mixed-use and mixed-housing schemes at the heart of The Cashel have never been delivered in any other zoning across the city or indeed wider afield, and this innovative approach demonstrates our commitment to tackle new challenges whatever the scale.

“In addition, we are very satisfied of the efforts taken to date on design, consultation and collaboration to deliver a scheme of which we all can be proud. The development will also aim to be low carbon with extensive tree-planting and other biodiversity measures planned.”

More information on this major development can be found at thecashel.com.

A computer generated image of the Lower Parklands area in ‘The Cashel.’