Residents back plans for extension of Ballymagroarty neighbourhood

Ballymagroarty residents have voiced their support for new housing plans that will see the neighbourhood extended with the construction of roughly seventy new homes in the area. 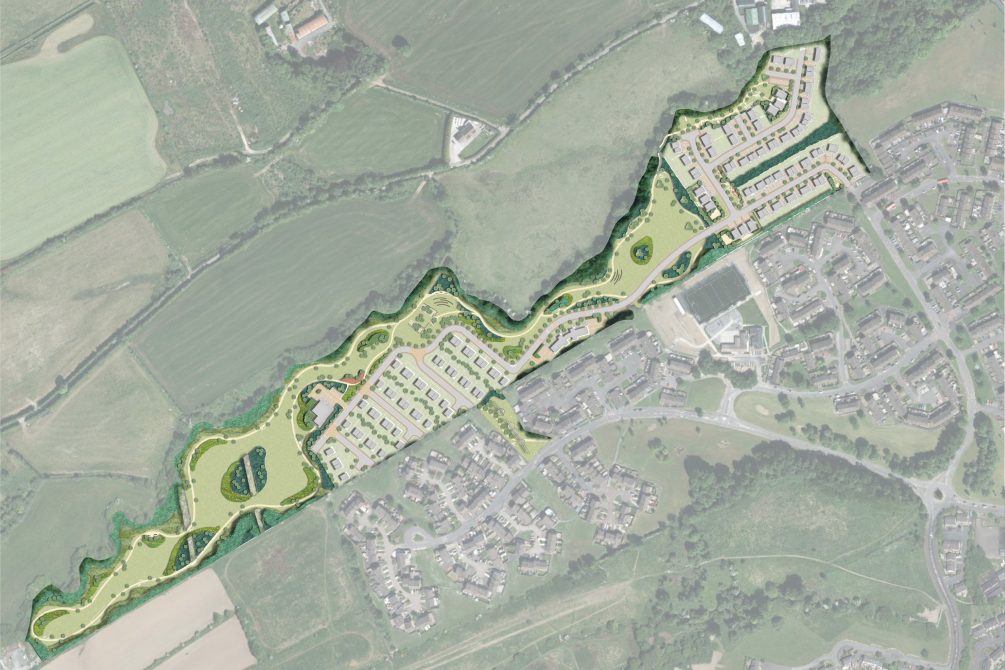 A CGI image of the proposed extension to the area of Ballymagroaty.

House builder, BW Social Affordable Housing (part of the Braidwater Group), recently welcomed residents from the area to an information session as part of a public consultation, regarding amended plans for the new housing development. The information session which took place on Thursday afternoon (October 8), at the Hazelbank & Ballymagroarty Community Centre, was an opportunity for BW Social Affordable Housing (BW) to present outline details on the proposed extension of the neighbourhood and for residents to ask questions and have any concerns addressed.

The revised proposals, which received overwhelming support from residents, include the residential development of roughly 70 new homes for the area with associated open space that includes a new community parkland. The new parkland, which existing residents will have access to, will include a 5k walking loop dotted with trim trails (outdoor exercise equipment) and rest areas. The new development is proposed for lands North of Aileach Road, Ennis Place, John Field Place, Rafferty Close, MacNeice Close and Magill Court. BW has said that they hope the new development will be an enhancement of the existing neighbourhood in Ballymagroarty and address the demand for housing, particularly in the westbank of the city.

‘‘Our drop-in information session was a great success, and we are grateful for all those who attended, and to the Ballymagroarty & Hazelbank Community Partnership who allowed us the use of their centre as a venue to host residents. The event was a good example of meaningful public engagement, and it was important to hold this session to let residents in the area know that we have been addressing their concerns regarding the proposals and to take onboard their feedback. We believe that these new homes to be built with a community parkland will be an exciting enhancement of the existing Ballymagroarty neighbourhood and thank residents for their feedback on our plans.”

At the public consultation, representatives from BW, provided information, answered questions, and discussed the revised plans with residents that included amendments made following a prior public consultation where residents shared their concerns about the potential placement of an access road for the new development.

Following advice from the local community, BW fundamentally overhauled the outline plans to address residents’ concerns by revising the arrangements for an access road.

Residents came along to the information session throughout the day, which operated as a drop-in, from 1pm until 7pm. BW were delighted with the overwhelming positive feedback from those in attendance, and the session reaffirmed BW’s commitment to on-going consultation with the local community.

BW Social Affordable Housing is also keen to hear the views of those who couldn’t attend the recent information session and the public are invited to share their views at enquiries@bwltd.com