The prestigious CEF Excellence Awards 2022 saw Braidwater Group’s Cappagh Green development in Portstewart come away with the Social Housing Award in front of an appreciative attendance of over 550 on Thursday night last. 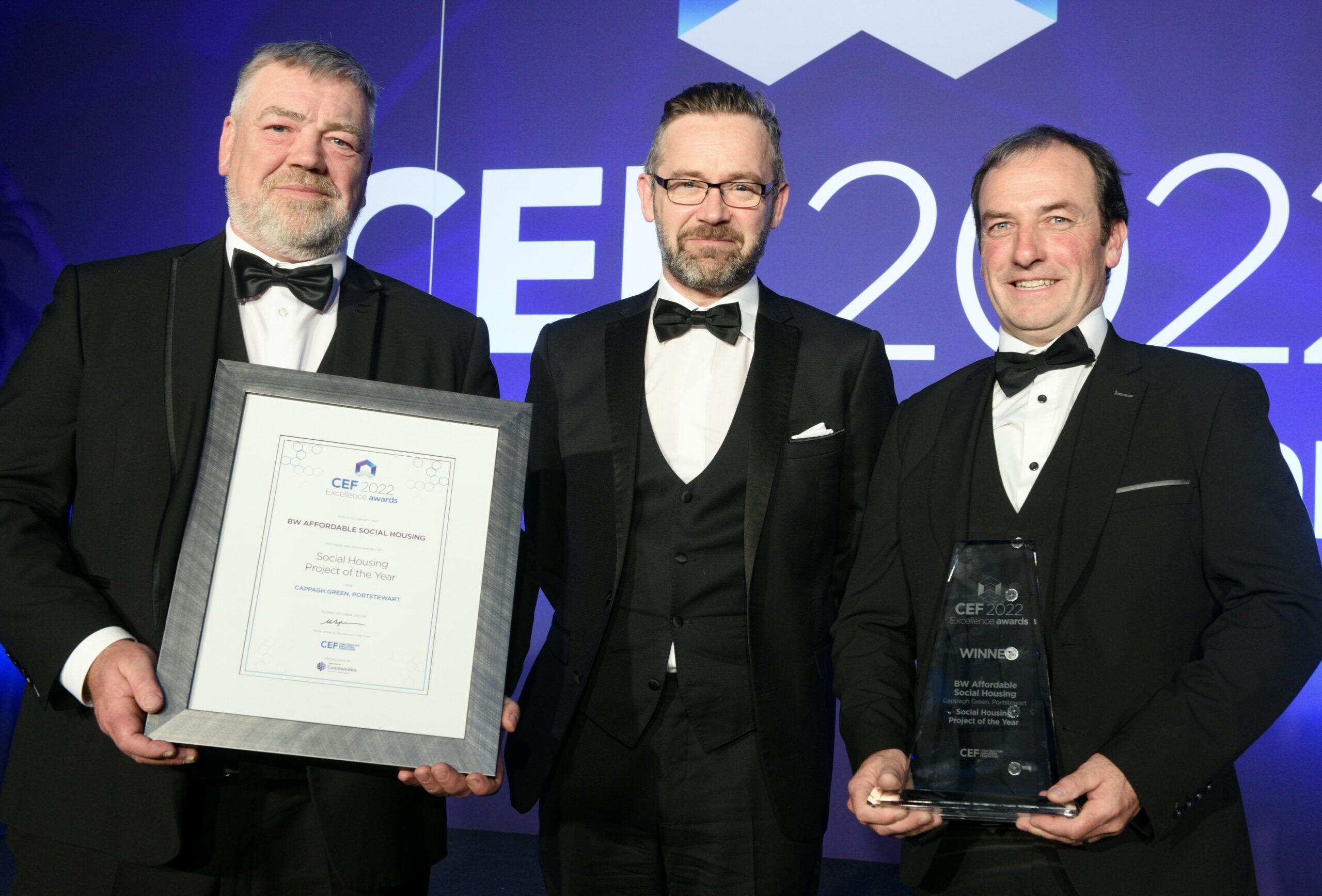 These awards are one of the most prestigious events in the Northern Ireland Construction calendar over the past 20 years.

Cappagh Green, located off the Coleraine Road in Portstewart was developed by BW Social Affordable Housing (part of the Braidwater Group) for Radius Housing.

The Award-winning Cappagh Green is a mixed tenure site consisting of 75 new social homes and 12 private sale homes. It’s also the first of its kind in the North West area. Six of the homes are ‘complex needs’ homes and have been specifically designed to facilitate people with disabilities and special needs, while 12 were sold on the basis of the site being a mixed tenure residential development promoting choice and inclusiveness.

As well as the homes, Cappagh Green has 2 large common areas where residents will enjoy the benefits of a bespoke soft landscaped area which includes feature walls, picnic tables and seating areas – all made from recycled plastic.

In the judges’ deliberation, they made special note of the high-quality finishes and attention to detail that led to Cappagh Green being crowned a winner. 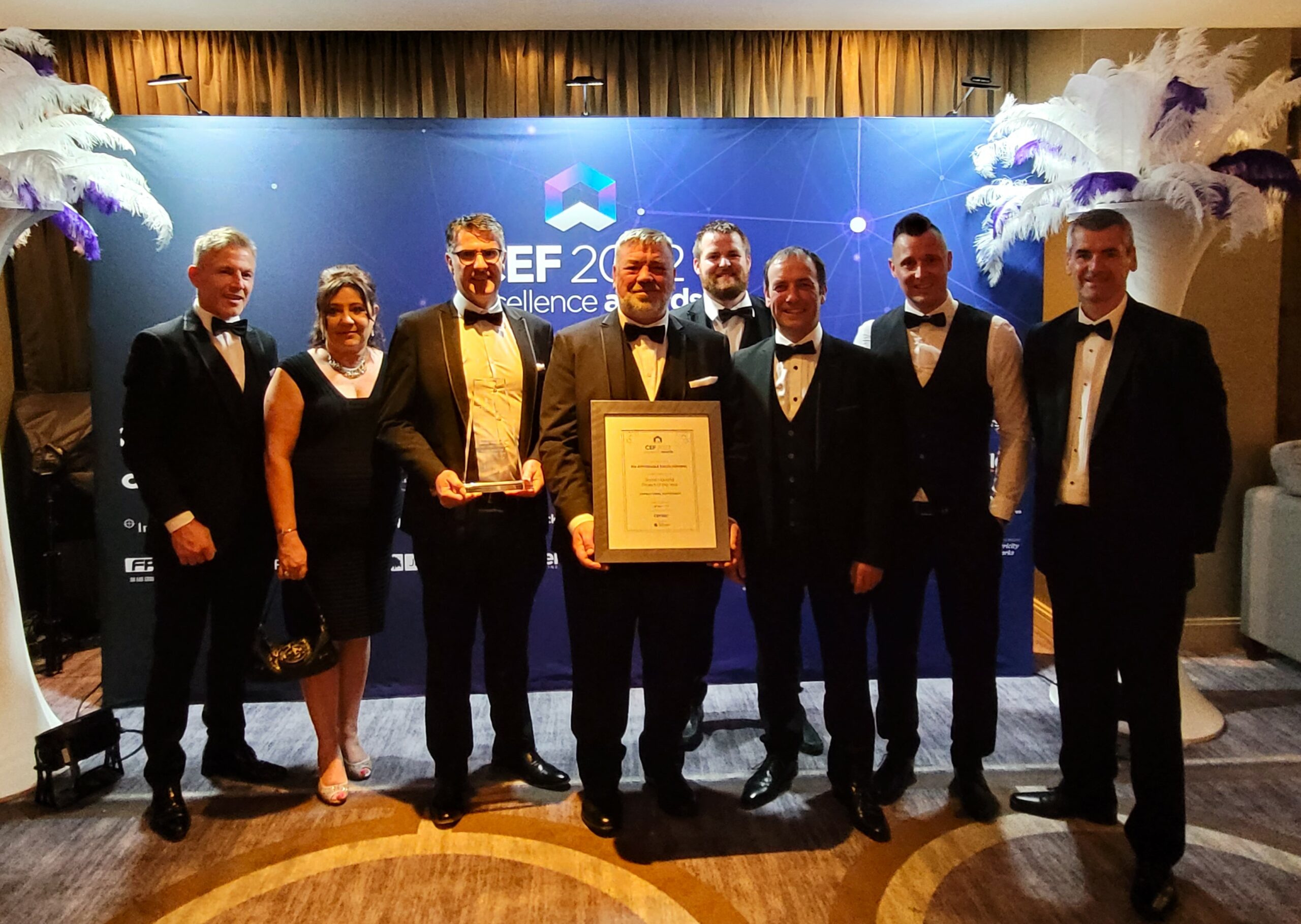 Speaking after Thursday night’s accolade, Darren Farnan, Marketing Manager of BW Social Affordable Housing, paid special mention to all involved in the success, adding: ‘On behalf of Braidwater Social Affordable Housing I’d like to take this opportunity to thank all involved including the team on the ground, the subcontractors and suppliers, as well as all in the office for their approach to maintaining high standards.

‘We would also like to thank our colleagues in Radius Housing for their professional and co-operative approach to all aspects of the construction. The finished development of Cappagh Green looks absolutely amazing and we’ve received top class feedback from purchasers, tenants and all involved.’

The Marketing manager also paid tribute to the sterling work of the site foreman, Dominic Millar and his team and added that everyone at the Braidwater Group is very proud of the team winning another CEF award.