New build buyers save over £2,000 in energy bills

A new report, ‘Watt a Save’, published recently by the UK’s Home Builders Federation (HBF), has found that buyers of new build properties will save an average of £2,000 in energy bills and reduce carbon emissions by over 2 tonnes per property each year. 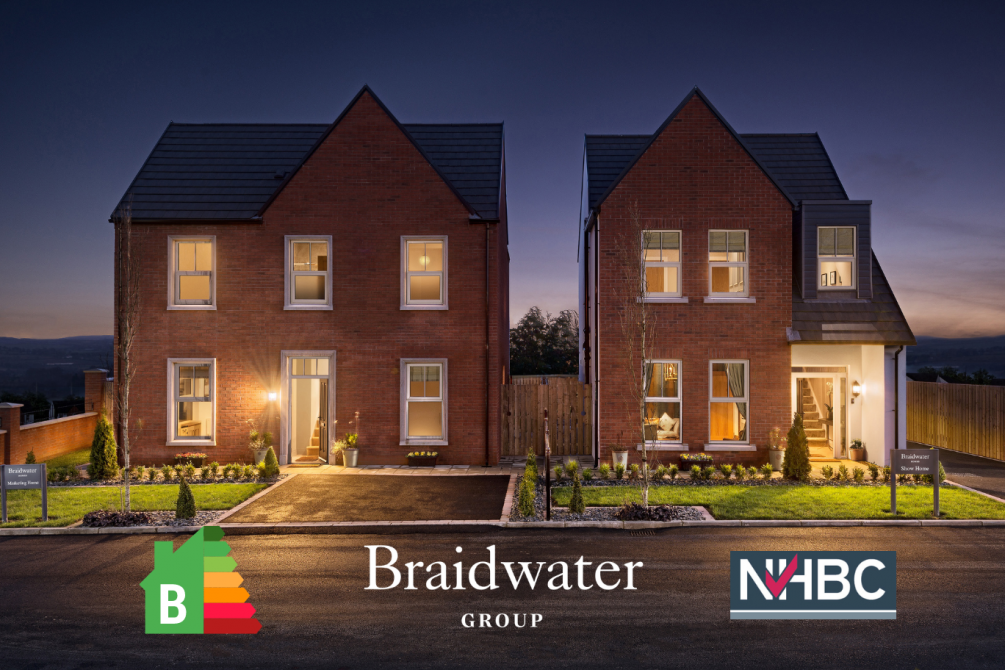 All Braidwater Group homes have a B energy rating which is considered high.

Collectively, throughout the UK, new build home buyers are saving over £500 million and reducing carbon emissions by over 500,000 tonnes a year.

The report, that analyses Government data on the energy efficiency of new build and existing homes, highlights:

Despite attempts by the Government to try and keep a lid on energy prices, bills are now significantly higher than just a few months ago. While there is some comfort in the recent intervention to cap typical energy bills until April 2023, inefficient households will continue to pay more than those living in a new build.

On top of these dramatic savings, buyers of new homes are also contributing to the country’s progression towards net zero, with each new build preventing 2.2 tonnes of carbon being emitted each year.

Not only are new homes built to the most up to date regulations, house builders are also demonstrating their commitment to go further, using new technologies and methods to ensure efficiency is embedded to the highest standard from the point of construction.

The report also explores some of the most ambitious and forward-thinking examples of new homes in the industry. In contrast, owners of existing properties will often find themselves facing disruptive, extensive and costly retrofit works to bring their homes to the same standard.

Darren Farnan, marketing manager of the Braidwater Group, highlighted how the company is contributing to savings for the new purchasers and the carbon footprint.

‘This report endorses what we’ve always believed all along, that a new build home is far more energy-efficient and will save homeowners substantially in the long run.

‘The Braidwater Group has its own Net Zero carbon plan in place and as part of that we’ve identified a standard 3-bedroom Braidwater semi-detached house has a 36% lower carbon footprint than the traditional build alternative.’

‘Energy efficiency is increasingly a priority for house-hunters and the financial savings clearly demonstrate why. In the face of the cost-of-living crisis we now need lenders to take these savings into account so that consumers can benefit further through cheaper mortgages,’ he concluded.