Go-ahead given for landmark Ballymagroarty development

Planning permission has been granted for the most significant development of Derry’s Ballymagroarty neighbourhood in almost 40 years, with over 170 social homes set to be built in the cityside community, with several units being wheelchair accessible. The news comes after the Minister for Infrastructure confirmed that the ‘Holding’ Direction issued by the department in July, which prevented the Council from granting planning permission, is no longer in place.

An artistic impression of the proposed development at Ballymagroarty.

Alongside the building of a sizeable residential area, the expansion will also comprise a large open space with a play park, a 5km walking loop dotted with trim trails (outdoor exercise equipment), picnic areas and wildlife meadows.

Various off-site works will also be completed by the house builders including a new pedestrian crossing on Aileach Road near Holy Family Church, a new footpath along Aileach Road and upgrades to the O’Donnell Road/Aileach Road junction.

Work on the project is set to be carried out by BW Social Affordable Housing and the EHA Group. 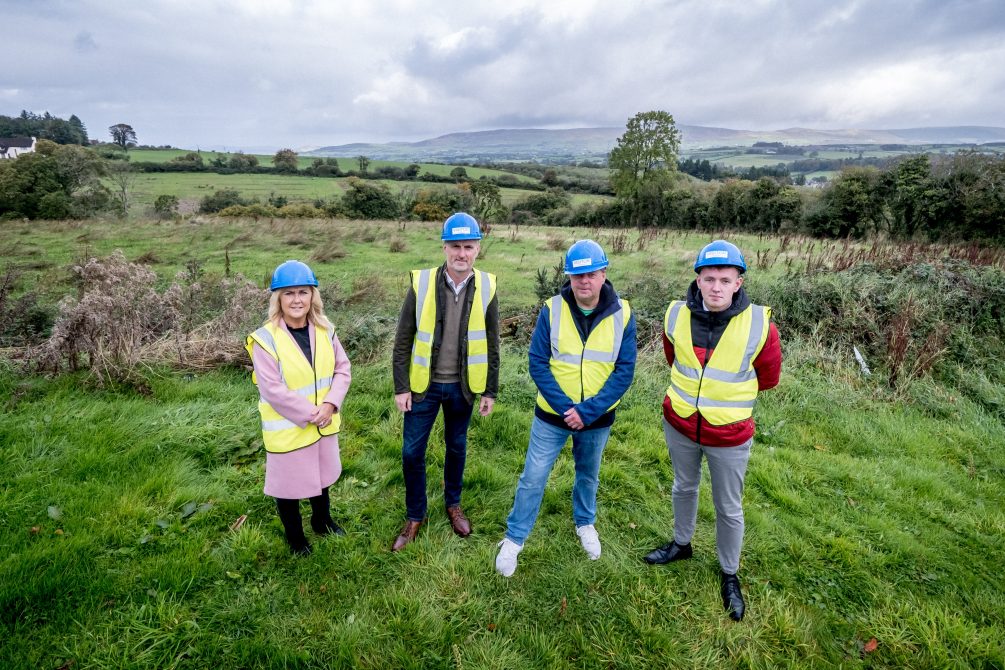 Residents of the area have previously voiced their overwhelming support for the plans following an extensive public consultation process which included an information session.

Vincent Bradley, Development Director with the Braidwater Group, commented: “We are absolutely delighted to receive the news from the Department of Infrastructure that this much-needed development in an under-served area of the city can finally take place. The demand for housing is as high as ever and this project aims to address this issue, particularly in the west bank of the city.

“On behalf of the Braidwater Group, I would like to place on record our thanks to all delivery partners and the valuable contributors who were involved in ensuring this significant application obtained approval. This process has proved to be a clear demonstration of local planning working at its best through local Council.”

Edward Allingham, Managing Director with the EHA Group, said: “This sizeable development will help rejuvenate the Ballymagroarty area of Derry following a long period of neglect. We have been especially thrilled to work alongside our longstanding development partners the Braidwater Group, and we very much look forward to getting reserved matters closed out quickly and commencing this work in the coming months.”

More information on the Ballymagroarty development will be made available in due course.